Compounding investment returns: the eighth wonder of the world 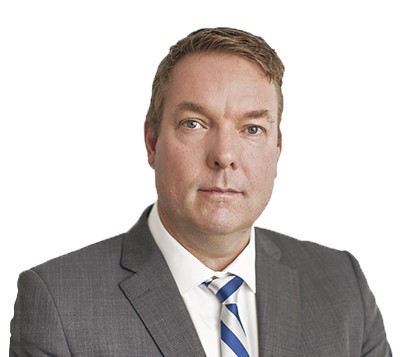 Albert Einstein is credited with the quote, "Compound interest is the eighth wonder of the world”. He who understands it, earns it...he who doesn't, pays it." Whether or not it was Einstein who first spoke these words is not important. What is important is that every investor understands the power of compounding and effectively employs it in their investing endeavours.

Warren Buffett is the perfect example of how you can grow your money through compounding. In 2006, he wrote, "My wealth has come from a combination of living in America, some lucky genes, and compound interest".[1] While we live in New Zealand, we are able to freely access investment opportunities around the world including America. I can't speak to the quality of your 'lucky genes', but I know for sure that we all have the ability to utilise the power of compounding for financial success.

Warren Buffett's fortune isn't just due to him being a great investor. It's also because he has been an investor since he was a 10-year old child. Today at age 90, Warren Buffett's net worth is around US$80 billion. $70 billion of this has accumulated after his mid-60s. What if Warren had instead started investing at age 30 like most people, with a modest sum of $25,000, but still generated his incredible compound returns of 22% annually? But then he quit investing and retired at age 60 to go fishing and spend time with his grandchildren. What would his net worth be today? Approximately $11.9 million. Not $80 billion. 99.9% less than his actual net worth today. Virtually all of Warren Buffett's financial success can be tied to his early start and the longevity he maintained in his senior years. His skill is investing, but his secret is long term investing. That's how you get compounding to work.

A couple of years ago, I read the story of two very different investors by Wall Street Journalist Morgan Housel. Grace Groner was orphaned at age 12. She never married, had kids or drove a car. She lived in a one-bedroom house and worked her whole career as a secretary. She was a lovely lady, who lived a modest and quiet life. Which made the US$7 million she left to charity after her death at age 100 all the more mysterious. Even the people who knew her wondered where she got all that money?

There was no secret lottery win. Grace simply took her humble savings from a basic salary and enjoyed eighty years of compounding returns from investing in the sharemarket. That was the secret to her wealth.

Not long after Grace died, another investing story hit the news.

The former vice chairman of Merrill Lynch's Latin America division, Richard Fuscone, declared bankruptcy, battling foreclosure on two homes, one of which was nearly 2,000 square metres and had a US$66,000 per month mortgage. Fuscone was the opposite of Grace Groner. He studied at Harvard and the University of Chicago and became so successful that he retired in his 40s to "pursue personal and charitable interests." But extensive borrowing and illiquid investments put him under. Weeks after Grace Goner left a fortune to charity, Fuscone went to court and pronounced, "I have been devastated by the financial crisis … The only source of liquidity is whatever my wife is able to sell in terms of personal furnishings."

But these stories happen in investing. That's because when it comes to investing, how you behave with your money is the critical success factor.

If you're reading this article thinking "Great advice, but I'm not a kid anymore and don't have 80 years to invest", that's OK.

Just use the time you have to let compounding do the hard work, but also go and find a younger person who does have 80 years of compounding ahead of them and teach them this lesson! Maybe your children or grandchildren. They’ll love you for it.

If you’d like more information on making compound interest work for you, please speak with your adviser or contact the Findex Wealth Management team.

While all reasonable care is taken in the preparation of the material in this communication, to the extent allowed by legislation Findex accept no liability whatsoever for reliance on it. All opinions, conclusions, forecasts or recommendations are reasonably held at the time of compilation but are subject to change without notice. Findex assumes no obligation to update this material after it has been issued. You should seek professional advice before acting on any material.

The information contained is of a general nature only and does not take into account your objectives, financial situation or needs. You should consider whether the information is suitable for you and your personal circumstances. You should seek personal financial advice before acting on any material.

An Adviser Disclosure Statement is available on request and free of charge.

Craig joined Findex in 2017 through the acquisition of Wealth Works, where he had been providing clients with investment & financial advice since 2010. Prior to that Craig was advising clients of another Auckland based accounting firm. Craig is the Adviser Representative on the Findex New Zealand Investment Committee, ensuring that the voice of clients is well considered in all decisions. He is committed to providing well rounded financial advice for all clients. He takes a holistic approach and considers all elements of a client's financial and lifestyle situation before developing strategies to achieve their goals.