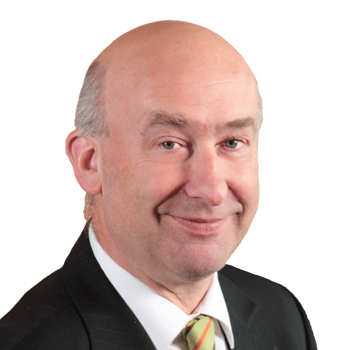 Finance Minister, Grant Robertson, released Budget 2021 this afternoon. Described by the Minister of Finance as a ‘Well-being budget’, it’s designed to right the National Government budget of 30 years ago (namely the Mother of all budgets) that set up the Employment Contracts Act, Student Loans and cut social spending on benefits.

The Government’s finances appear a little rosier than earlier estimates, with the economy estimated to grow at 2.9 percent to June 2021, rising to 3.2 percent and 4.4 percent for the following years. The debt to GDP percentages, which are estimated at about 52 percent, are also not as bad as expected.

With that in mind, it is no surprise that today’s Budget was focused on increased spending for the Government’s key social policy objectives of child welfare, housing, education and infrastructure. The Government also took the opportunity to emphasise its policy successes in these areas.

Here are some of the key policy announcements from Budget 2021:

The Government announced an ACC-type unemployment scheme to assist people who have lost employment, which was an interesting announcement but short on detail. The scheme will pay 80 percent of prior income and will be a welcome addition to the tools available to Government to support people when jobs are lost from events such as COVID-19.

$3.3 billion has been allocated to increase main social security benefits by between $32 and $55 per adult per week. The increases will be delivered in two tranches:

On top of this, the Government is also increasing main benefit rates by a further $15 per adult per week for families with children, and increasing student support by $25 per week on 1 April 2022.

Money has also been allocated to fund the previously announced changes to abatement rates that will allow those receiving benefits to earn at least $160 a week before their benefits are affected. This is the equivalent of eight hours work at the minimum wage.

The Government’s key housing announcements were made in March and included incentives to build with the retention of the bright-line test for five years for new builds, and the removal of interest deductibility not applying to new builds.

In today’s Budget, the Government appropriated funding to establish a $3.8 billion Housing Acceleration Fund. This is to help ensure there is the infrastructure in place to make land build-ready, which was a key issue identified by local councils and developers.

The Budget also invests $380 million in Māori housing through the initiative, Whai Kāinga Whai Oranga. This is a welcome initiative but its delivery will be important to the success of this announcement.

$5.1 billion remains in the COVID-19 Response and Recovery Fund. Just under $1.5 billion has been allocated for the COVID-19 Vaccine and Immunisation Programme, which provides fully funded, free COVID-19 vaccines.

Budget 2021 introduces funding for a digital skills training programme for up to 60,000 small businesses. According to Budget papers, one of the main messages from small business in the wake of COVID-19 was the importance of having the knowledge and tools to compete in a digital world. The Government is also supporting advisory services to help 30,000 businesses create digital business action plans.

The Government confirmed the pre-budget announcement by the Education Minister that allocated funding of $170 million to deliver pay parity for early childhood teachers. This will be a welcome adjustment and will benefit children, parents and providers, and introduce much-needed fairness and transparency.

More than $110 million will support the development of the national curriculum, including a curriculum centre. There is funding to complete the National Certificate of Educational Achievement (NCEA) Change Programme, and to increase the number of students receiving support from the Attendance Service to provide intensive support to those learners at risk of disengaging. An $11.6 million allocation will expand the highly successful Reading Together and Duffy Books in Homes schemes.

Educational opportunities for Māori and Pacific learners are also given a boost in Budget 2021. Over $150 million is allocated to support Māori education including funding for boarding schools, lifting the pay of kōhanga reo teachers and expanding Māori medium education. There is also an overall lift of $20.8 million to support Pacific bilingual and immersion education.

Budget 2021 continues the Government’s investment in rail. A total of $810 million is allocated to purchase new locomotives and wagons and upgrade existing stock.

The rail allocation includes $85 million to build a local wagon assembly facility at Hillside Workshops in South Dunedin – this is a welcome announcement to see this facility used again. The facility will initially assemble 1,500 wagons.

Budget 2021 also provides the final stage of investment for a new South Island Mechanical Maintenance Hub to be built at Waltham in Christchurch.

The Government announced that $296 million was allocated to fund the costs of the creation of new entities to manage water infrastructure. The Government stated it is committed to water remaining in public ownership, with local authorities, communities, iwi and others playing a central role.

From Budget 2022 onwards, the Government will recycle the revenue generated from the Emissions Trading Scheme into emissions reductions programmes.

$300 million has been allocated to NZ Green Investment Finance Limited (NZGIF), the investment vehicle established in the Labour/Greens Confidence and Supply Agreement in the last term of government.

Budget 2021 also establishes a $302 million tagged contingency to implement a regime to incentivise the uptake of low-emissions vehicles. However, no mention was made of any measures to ensure the take up of electrical generation that will be required as our transport fleets move to electrification.

The Government announced that the primary sector will receive support through the Budget to tackle on farm emissions. This includes helping up to 40,000 farmers and growers with the tools they need to improve on-farm performance and meet freshwater and greenhouse gas requirements by 2025. However, no detail was provided with this announcement as to what form this support will take.

Pharmac was allocated a further $200m. This will be well received by people who have been unable to access appropriate medication due to cost.

While many of today’s announcements will be welcomed, in our experience, it is often the delivery of the funding or programmes announced that is of equal importance to the successes of the announcements.

If you would like more information on any of the announcements from Budget 2021, please speak to your adviser or get in touch with the Findex Tax Advisory team.

Craig is a Taxation Advisory Partner at Findex in Invercargill. He has unrivalled experience in this role. Craig joined Findex in 2012 as a Tax Principal heading up the Findex South Tax team. In this role Craig provides the firm and it’s client’s with advice on all aspects of GST, income tax and fringe benefit tax. He joined Findex following his role as Tax Director with the New Zealand Institute of Chartered Accountants. This role primarily involved leading the Institute’s direction and input on tax policy and overseeing the Institute’s Tax Advisory Group.