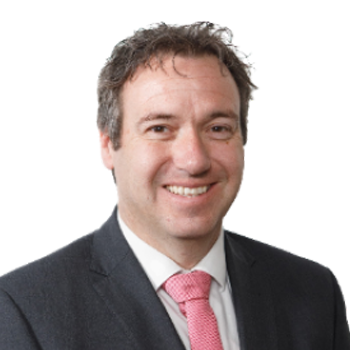 In recent years, technology and globalisation have combined to make investing offshore significantly more accessible, with both greater availability of information on investments around the world, and direct investment platforms. For the growing number of NZ taxpayers that hold or trade in overseas investments, these holdings will generally be taxed under the Foreign Investment Fund (FIF) regime.

For most other investments, including NZ shares and most Australian listed shares, if a taxpayer is in the business of trading and holds stock on “revenue account”, they will be taxed on all gains made. They will also obtain a deduction if they lose money.

Given the different treatment for New Zealand shares compared to foreign shares, my opinion is that it’s time the FIF regime is altered to ensure “share traders” are taxed on any actual gains made on foreign shares as well.

It is unequitable for share traders to be able to derive tax-free capital gains from trading in offshore equities, when these gains would be taxed if they traded in New Zealand equities. This is one of the few areas of tax law in New Zealand that results in the same activity being taxed more concessionally, where gains are made off shore as opposed to those derived from trading in New Zealand. It is time for a change to make the tax more consistent for those trading investments on revenue account.

Treating “traders” of foreign shares differently to those who hold foreign shares for long term/dividend yield potentially increases administration, but given technology, it is very easy to import transactions into simple readily available portfolio calculators to determine the taxable income. While this does allow “traders” to access and claim losses, most investors do not invest to lose money. In order to claim a loss, the investor will actually have to make a loss, and I am not sure how many investors would intentionally lose $100 simply to gain a tax benefit of up to $33.

However, if giving access to losses was considered an issue or risk to the tax base, this could be ringfenced to offset against other share trading income. These changes would treat “traders” in investments the same as other traders, which would result in a fairer outcome.

Notwithstanding the above current inequality, given the likely discussions around adopting a broad Capital Gains Tax (CGT) or the systematic taxing of what were previously capital gains, the question needs to be asked whether investments in foreign companies should simply be included within a CGT-type regime, or whether the current FIF regime achieves the desired outcomes.

If the current FIF regime is retained in its current form for foreign shares, and a broad CGT adopted for all other shares, there would be a distinct advantage in investing in overseas shares. This is on the basis that capital gains would not be taxed on these investments beyond taxing the FDR rate of income at 5% per annum, whereas a capital gain made on a New Zealand share would be taxed at point of disposal after all dividends received had also been taxed. This seems counterintuitive to encouraging strong local capital markets.

As a Tax Advisory Senior Partner in the South region, Jarod leads a team of dedicated professionals specialising in all areas of tax, with a particular emphasis on owner managed/high networth individuals. Jarod has worked for a number of Big 4 firms in both Dunedin and Sydney before joining the Findex tax team in Dunedin (formerly Taylor McLachlan Limited) in 2004. He also has experience in working as a management accountant for a couple of large corporates. Jarod enjoys assisting entrepreneurial clients in achieving practical/commercial outcomes in all areas of their business. Jarod has experience in providing advice in most areas of tax to a wide range of clients ranging from passive investors to major corporates. He also provides tax support to a number of accounting firms. Jarod regularly presents to lawyers and accountants and the wider public on various tax topics ranging from cross border taxation to business sales.